The value of a child

These words from a Haitian boy came as a shock. A little girl at Espwa Village orphanage in Les Cayes, Haiti, was misbehaving very badly that day. When leaders tried to correct her, however, another child insisted that the little girl could not be held responsible for her actions, because “a child doesn’t get a soul until they’re 2.”

After more than a decade of ministry, this was the first time anyone at Pwoje Espwa had mentioned the troubling superstition that a person is not a person until the age of 2. This false belief encourages some parents to excuse their children’s bad behavior, and it also opens the door to the mistreatment of children. 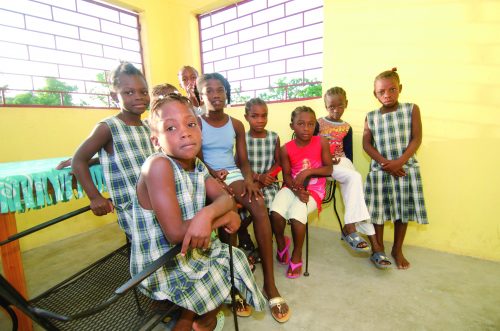 Pwoje Espwa has been rescuing orphaned and destitute children in Haiti for more than a decade.

It seems that Haiti’s most vulnerable poor – the children – are often the least protected. Wealthier families take in the children of the poor and treat them as virtual slaves, overworked and underfed. Similar violence inspired Pwoje Espwa to start its own school, after one boy came home bleeding from a severe beating by a teacher with a rawhide whip.

With our ministry’s support, the 650 orphaned and destitute boys (and a few girls) under Pwoje Espwa’s care get more than food and shelter — they also learn that they are special in God’s eyes. They are introduced to Christ’s love through catechism training and open-air Mass on the orphanage campus. Often for the first time, they learn that they are highly valued and loved by their Heavenly Father.