Child mortality on the rise

First the good news: ten African countries are only half as poor as they were two decades ago.

Now the bad news: child mortality rates have actually gone up, rather than down, in six sub-Saharan nations. Sub-Saharan Africa holds the unfortunate distinction of being the only region in the world that has seen an increase in the mortality rate of children under age 5. That’s according to the U.N. Millennium Development Goals Report Card released on Tuesday.

What makes this report particularly relevant to us at Cross Catholic is that most of our work in Africa is in the sub-Saharan region. Two of the six countries listed in the child-mortality report are Zambia and Kenya, where we are providing food, health care, housing, and education to the poorest of the poor. 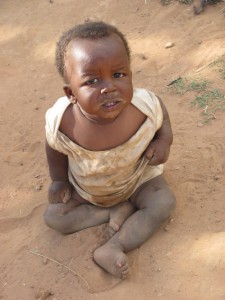 Waterborne illnesses and other infectious diseases are leading causes of child deaths in sub-Saharan Africa, while HIV remains a major threat, directly and indirectly, to the health of children. In many cases, lives can be saved by simple improvements in home sanitation and by educating HIV-infected mothers to bottle-feed their infants. Good nutrition plays a vital role in fending off disease, and children must be kept in school because they are the producers of tomorrow’s wealth, which will in turn provide the food, medical care, and healthier way of life their society needs. Cross Catholic is promoting all these developments through partnerships with local Catholic clergy and laypeople who understand Africa’s struggles and know how to make a difference, one family at a time, one village at a time.

Click here for a complete list of all our current Africa projects that you can get involved in today!