If you’re like me, you probably never paid much attention to the lyrics of Good King Wenceslas. Oddly enough, the classic Christmas carol says nothing about Christmas. It does, however, mention the “feast of Stephen,” which falls on December 26.

Let’s face it – Christmas is a tough act to follow. But St. Stephen deserves our attention. Not only was he the first Christian martyr – stoned to death at the approval of the not-yet-converted St. Paul – he was also one of the Church’s first deacons. His task: to provide support to orphans and widows.

Two thousand years later, hunger, homelessness and abject poverty are still a reality, and the responsibility to care for widows and orphans remains crucial to our identity as followers of Christ. 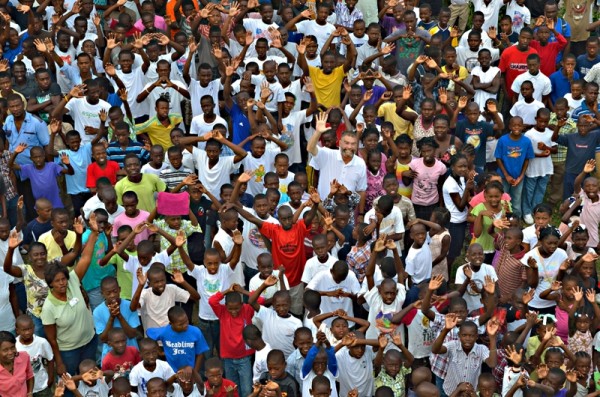 As we remember St. Stephen, say a prayer for the orphans and vulnerable children rescued by Cross Catholic Outreach ministry partner Pwoje Espwa in Haiti.

I like to think that every time one of our Cross Catholic Outreach ministry partners feeds a hungry child in Nicaragua, gives shelter to an orphan in Haiti, or comforts a widowed grandmother in Zambia, they are carrying on Stephen’s legacy of compassion and self-sacrifice.

Each one of us has something to give. Today, let’s contemplate how we might give of ourselves so that others can be blessed, whether it’s the neighbor across the street or a family half-way around the world.