My Day at the 2014 National Prayer Breakfast

Last week I attended the National Prayer Breakfast for the first time in about 25 years. What most impressed me was that the speakers emphasized that the NPB was organized by Christians who emphasized the centrality of Jesus.

They told stories of how Jesus was the unifier of Muslims and Christians because Muslims were told in the Koran to obey the teachings of Jesus because they saw him as an authentic prophet of God.

They gave several examples of instances in which the coming together of Republicans and Democrats as well as foreign leaders had created relationships which facilitated collaboration and peace. 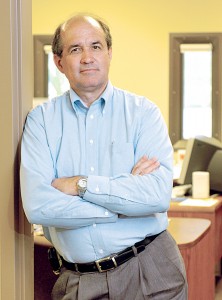 Former Representative Jim Slattery of Kansas, who is Catholic, described his 12-year participation in an Abrahamic faiths committee which met regularly to discuss a variety of topics, such as just war theory This committee built positive relationships and recently two of the men who participated were appointed to high-level positions in the recently formed Rouhani government of Iran.  This put two men who had trusting relationships with Christians and Jews in the U.S. into positions where those relationships could support better understanding and trust between the U.S. and Iran.

His wife Linda Slattery shared about her efforts to mentor young women over the past 10 or 15 years and encouraged everyone to think about who they know from the younger generation that they could mentor, including children in their own family.

President Obama spoke about God many times in his talk including saying that it was the Church which led him to “accept Jesus as his personal Lord and Savior.”  I did not detect anything in his talk that was not affirming of the spirit of the event.

Several other people spoke but all in all the speeches and sharing made two key points: 1) the National Prayer Breakfast was started by Christians to lift up Jesus.  2) The NPB was a place where God brought people together and in the name of Jesus they found strong relationships across political, cultural, and national divides.

It was clear that the NPB was a Christian event at which all faiths were welcome and included.

A Chat with the Chaplain

At a Leadership Luncheon following the National Prayer Breakfast my colleagues and I were joined at the table by Barry Black and his wife Brenda.  Black is the Chaplain of the Senate.  As such he is responsible for opening every session of the Senate with prayer.  He is a retired Navy Rear Admiral and former Chief of Navy Chaplains, and is the first African-American and the first Seventh-day Adventist to hold the position.  We had a great discussion with him.  He described himself as the pastor of the Senate which includes 7,000 people counting all the janitors, security officers, pages, staff, senators, and all others who work in the Senate.

Mr. Black said that in 2008 five of his congregation of Senators ran for president but that only one of them came to him for spiritual counsel and prayer.  I asked if he was free to disclose the name of the one Senator who came to him.  He said he wasn’t, but that he could tell us the person won the election — meaning, of course, Barack Obama.

He also related fascinating historical detail I had never heard before. As you may know, there have been many court challenges to the constitutionality of the tradition of prayer at the beginning of every session of the Senate.  Critics say that it violates the First Amendment which states, “Congress shall make no law respecting an establishment of religion…”

I came away from the National Prayer Breakfast very heartened to know that there are many committed Christians working in our government and that they work diligently behind the scenes to create opportunities for politicians and foreign representatives to pray and share together in the name of Jesus.  St. Paul directs us to pray for our leaders and this experience gave me renewed confidence that such prayer bears fruit.