The God Who Rescues

The God Who Rescues Praise the LORD, my soul, and forget not all his benefits—who forgives all your sins and heals all your diseases,
who redeems your life from the pit and crowns you with love and compassion, who satisfies your desires with good things
so that your youth is renewed like the eagle’s. –Psalm 103:2-5

I never grow tired of hearing stories about God rescuing his people from lives of despair and poverty, and when I heard the story of 14-year-old Tania Rui in Mozambique, I knew God had saved her for an incredible purpose.

When Tania was just 6 years old, her father abandoned their family. A few years later, her single-mother became a victim of Africa’s deadly AIDS pandemic. Because she was only a child with no other living relatives, Tania was left to fend for herself. If that wasn’t enough to handle, Tania’s mother had passed AIDS on to her when she was born. She desperately needed someone to care for her medical needs. 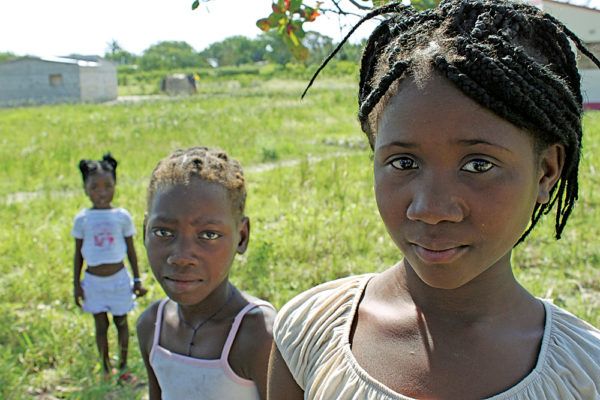 Needing help, Tania searched for father and discovered he had remarried. He took her into his home, but her new jealous stepmother tried to poison her! Only by the grace of God was Tania able to escape with her life.

Brokenhearted, alone, rejected and sick, Tania was out of options – that is, until a kind stranger took her to Cross Catholic Outreach’s ministry partner, St. Pius Girl’s Boarding Home. The Franciscan Missionaries of Mary who run the home got Tania the appropriate medical treatment, enrolled her in a local school and provided nutritious meals. Most importantly, the sisters introduced Tania to the God who loves her and wants to heal her broken heart by showering her with his love and compassion.

At first, Tania was resistant because she hadn’t been loved in so long. But slowly, that began to fade as the sisters patiently worked with her day after day. Now, Tania is excelling in school, has her sickness under control and can’t wait to attend Mass each week. She now knows her life has value and her education is preparing her to do great things. God didn’t just rescue her life here on earth, but he rescued it for eternity!

At Cross Catholic, we work with ministry partners like the sisters at St. Pius Girl’s Boarding Home who understand that God not only cares about the physical concerns of the poor and destitute, but their spiritual needs as well. I’m thankful he gives us the opportunity to be part of his plan of redemption for the world!