Our culture is obsessed with the superhero narrative, and to be honest, I too have wished that Superman, Batman, or Captain America would get involved in some of our current events.

Even though Superman does not soar into our lives to save us from burning buildings, I’m convinced we live among different heroes. These are people you may not know exist, but they are glorifying God and building His eternal Kingdom. They are Heaven’s Heroes.

As a staff writer for Cross Catholic Outreach, I’m unbelievably blessed to meet these heroes when I visit our ministry partners. Like Clark Kent and Peter Parker, these people may not seem special from their outer appearance, but inside, their super-powered hearts seek to glorify the Lord and serve others with reckless abandon.

Fr. Francis Riwa is one of these heroes in Kenya. 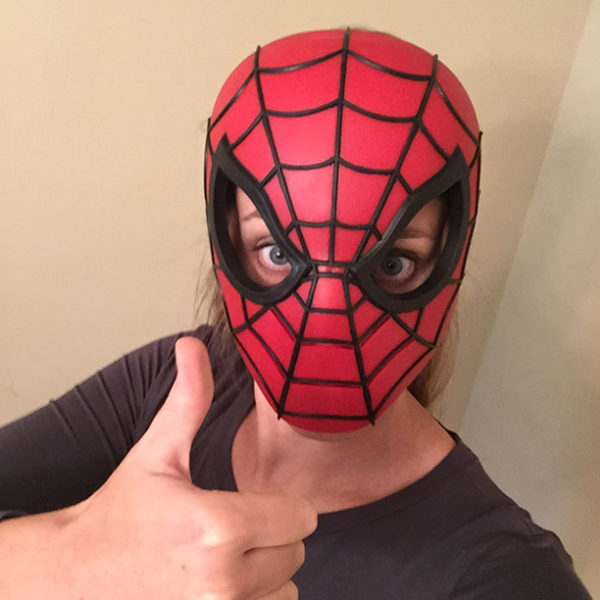 In 1999, God called Fr. Francis to serve the street children of in the town of Meru. The kids had been coming to his parish begging for scraps of bread, but Fr. Francis knew they needed much more and he established the St. Francis Boarding School to help them.

Seventeen years later, approximately 900 children live at St. Francis and St. Clare Homes. Fr. Francis has rescued these children from living life on the street, where they would be malnourished and addicted to sniffing glue to diminish their hunger pangs. These kids were the poorest of the poor in their society, but Fr. Francis left a comfortable life at his parish to follow the Lord’s leading and care for them because they had nowhere else to turn.

These children had the odds stacked against them—but today they are thriving! They live in humble conditions, but they have big dreams for the future.

“Street children are my calling,” Fr. Francis told me. “My life has been about the old, the sick, and children. I don’t say no to anyone. Like Jesus said, ‘Let the little children come to me and do not hinder them.’ God has called me to this, and I’m doing what He’s called me to do.”

Why is Fr. Francis’ method so successful? It simple—the philosophy is love. Fr. Francis teaches the children the Bible, gives them an education, and creates an environment of love and compassion. Instead of living lives of despair on Kenya’s darkest streets, they are breaking the ferocious cycle of poverty and building God’s Kingdom—and they now dream of becoming heavenly heroes too.

“I want to serve Christ, help the poor and connect some countries together,” 12-year-old Collins Bundi told me. “I want to stop wars by preaching the Gospel. I want to tell people about God, because without God, everything is impossible.”

Fr. Francis is a hero. He has given up everything for the advancement of the Gospel for the “least of these” in Kenyan society.

That’s what all our Heavenly Heroes know – and there are many of them out there.  They understand they have a special purpose here on earth, and that the Lord has a better future ahead.

Here’s another great thing about being a Heavenly Hero: You don’t need x-ray vision, to be able to fly, be a millionaire, or have your body genetically modified by the U.S. Government to fight Nazis; you just have to ask the Lord to guide your steps and be obedient to His calling on your life!