Cross Catholic Outreach welcomes two new members to our board of directors — Bishop Carl A. Kemme of the Diocese of Wichita and Bishop Joseph E. Strickland of the Diocese of Tyler. Both bishops have previously endorsed Cross Catholic Outreach, and they are now helping with the administration oversight and direction of our work of helping the poor. In 2013, Bishop Strickland, after endorsing Cross Catholic Outreach, wrote, “I look forward to providing my support in any ways that are helpful. Let us pray for one another as we seek to be reminded ourselves and to remind the people of God that we must always be aware of those in need and provide real and meaningful outreach to them in the name of Jesus Christ.” Bishop Kemme endorsed our ministry in 2015, saying, “Pope Francis has gone to great lengths to encourage us to be servants of the poor. I believe Cross Catholic Outreach is meeting that challenge in an authentic and effective way… I am particularly edified by the approach of ministry that provides the opportunity and possibility to increase the self-sufficiency of the poor.” We welcome Bishop Kemme and Bishop Strickland to our board of directors. We are truly blessed by their insight and vision in helping us embody the mandate of Jesus to be servants of the poor. 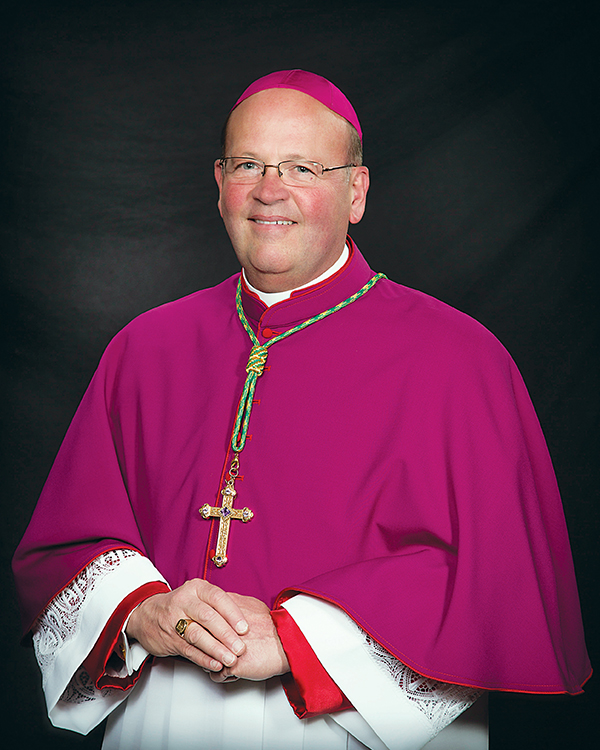 Bishop Kemme grew up on a small family farm in Shumway, Illinois. There, his family attended, and his parents are still members of, the Church of the Annunciation Parish. As a youth, he attended St. Henry’s Preparatory Seminary before entering the diocesan seminary of the Immaculate Conception in Springﬁ eld, Illinois, in 1978.

Bishop Kemme earned his Bachelor of  Arts and Master of Divinity from Cardinal Glennon College and Kenrick Seminary before being ordained to the priesthood in 1986. He then served as parochial vicar at St. Patrick, Decatur; Ss. Peter and Paul in Collinsville; and Blessed Sacrament in Springﬁ eld. He also served in Illinois as pastor of St. Mary in Brussels, St. Joseph in Meppen, St. Barbara in Batchtown, Holy Family in Decatur, St. Peter in Petersburg and St. John Vianney in Sherman.

In 2002, he was appointed vicar general/moderator of the Curia in the Diocese of Springﬁ eld by Bishop George J. Lucas. When Bishop Lucas was named head of the Archdiocese of Omaha in June 2009, Bishop Kemme served as diocesan administrator until June 2010, when Bishop Paprocki was installed for the Springﬁ eld See. Bishop Kemme has continued to serve as vicar general/moderator of the Curia for Bishop Paprocki.

On Aug. 23, 2002, he was named a Prelate of Honor with the title Monsignor by St. Pope John Paul II. On Feb. 20, 2014, he was appointed by Pope Francis as bishop of Wichita, and on May 1 he received his consecration. Bishop Kemme also serves as chaplain for the Courage Apostolate in the diocese, and he is a Fourth Degree Knight of Columbus and a Knight of the Holy Sepulchre.

Read: An Interview With Bishop Carl A. Kemme 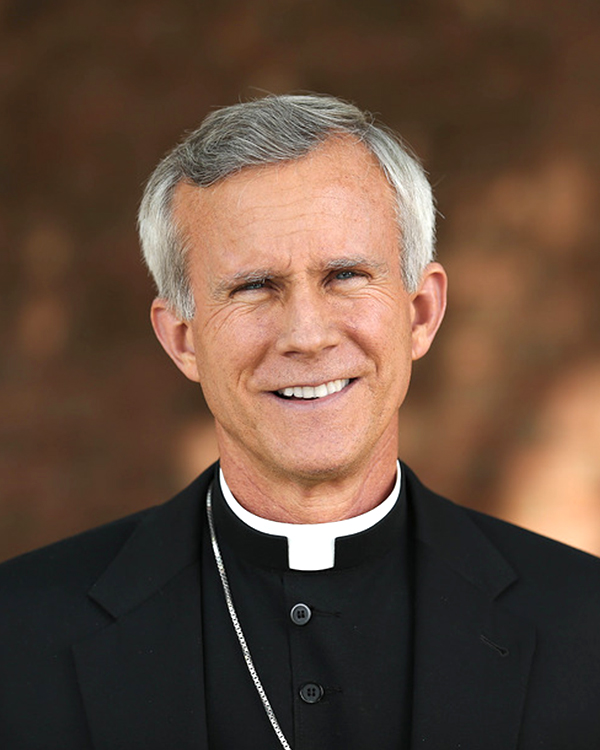 Bishop Strickland was born in 1958 to two of the founding members of St. Catherine of Sienna Church in Atlanta, Texas, where he assisted as an altar server. He attended Holy Trinity Seminary and the University of Dallas and earned a bachelor of philosophy in 1981. In 1984, he was ordained to the Diaconate.

Bishop Strickland earned a master of divinity degree in 1985, and was ordained to the priesthood for the Diocese of Dallas. He was assigned to Immaculate Conception Church in Tyler, Texas, where he served as Parochial Vicar until 1989. Upon the erection of the Diocese of Tyler in 1987, he joined the presbyterate of the new diocese and was named the ﬁrst vocation director for the diocese. In 1989, he was assigned as parochial vicar of Sacred Heart Church in Nacogdoches, where he served until reassignment as pastor of St. Michael Church in Mt. Pleasant.

In 1994, Bishop Strickland earned a Licentiate in Canon Law from the Catholic University of America and became rector of the Cathedral of the Immaculate Conception in Tyler. He was appointed judicial vicar for the Diocese of Tyler in 1995, and named a prelate of honor with the title monsignor by His Holiness Pope John Paul II in 1996.

From March 2000 to January 2001, Bishop Strickland served as administrator of the Diocese of Tyler. He continued to serve as rector of the Cathedral of the Immaculate Conception and judicial vicar of the diocese until February 2010, when Bishop Alvaro Corrada named him vicar general. He served in that capacity until September 2011, when Bishop Corrada, newly installed as the second bishop of Mayagüez, Puerto Rico, appointed him as delegate of the apostolic administrator.

In 2012, His Holiness Pope Benedict XVI appointed him as the fourth bishop of the Diocese of Tyler. He was ordained on Nov. 28, 2012, by His Eminence Daniel Cardinal DiNardo, of the Archdiocese of Galveston-Houston.