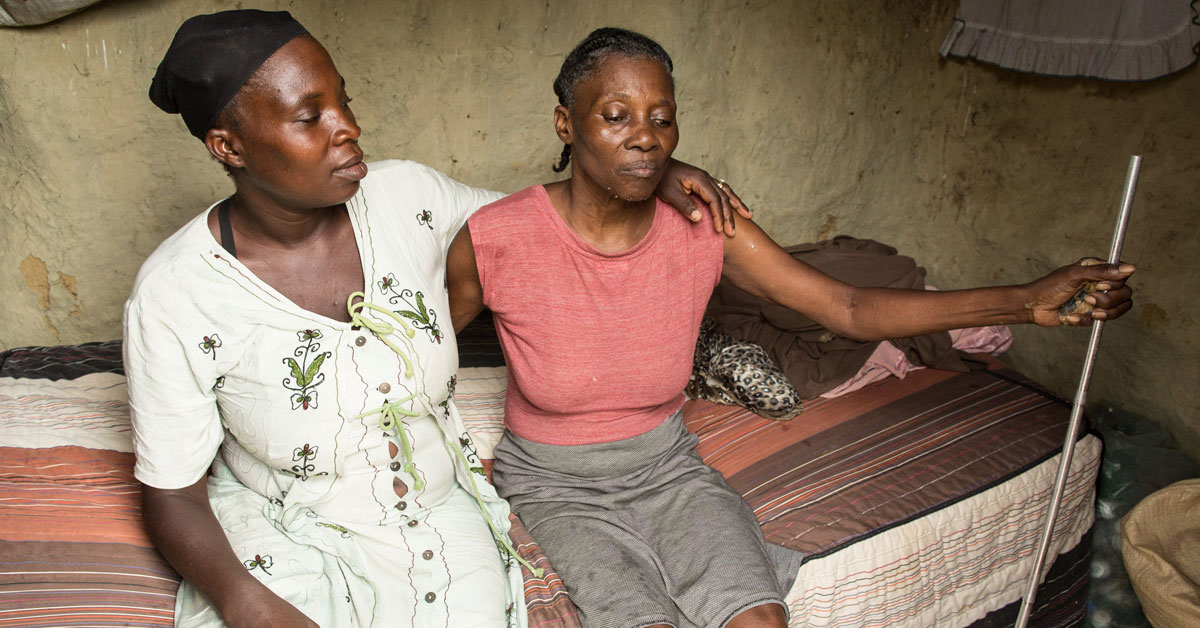 The Human Impact of Safe Housing in Haiti

It’s easy to see why no family would want to live in this house. This rotting, leaking, termite-infested, dirt floor hut wouldn’t make an acceptable shed, let alone a place to sleep at night.

While less visible, conditions like these also produce a lot of human “wear and tear.” The place is degrading, and its many flaws and weaknesses weigh on every member of the family. We got a taste of those hardships when we visited the Vieux family in Haiti. Cross Catholic Outreach is working with the Kobonal Haiti Mission to build safe, sturdy homes for the needy, and this family was one of the potential beneficiaries.

At the time of our visit, Jacques Vieux’s wife was pregnant with their ninth child. Large Haitian families often live in cramped quarters with little privacy and poor hygiene, but we learned there was much more to the story.

Obviously, Jacques oldest children had been dealing with the heartbreak of losing their mother, and now they were dealing with the emotional strain of a new mother coming into the home. This would create potential conflicts in any household, but imagine having those struggles play out while a family is also being soaked by rainstorms, plagued by insect infestations and deprived of a normal night’s rest.

Related: Hunger in Haiti and Its Devastating Effects

Inside the crumbling shack, we also met with Rosenie’s mother – a blind and paralyzed woman who must now depend fully on her family’s support. With nothing other than a metal stick to improve her mobility, she typically sits in their hut all day long.

It’s sad to think that Rosenie’s mother might have been saved from blindness if only they could have afforded treatment. They even took her to a hospital at one point, after she began feeling itchiness in her eyes, but they just did not have the money to do what was required. The final blow came when a volunteer optometrist from the Mission examined Rosenie’s mother and broke the awful news that she would never see again.

Blind. Paralyzed. Exposed to rainstorms. Unable to seek comfort. This fate is far too common with Haiti’s disabled elderly, and it grieves us to think how their dignity is further stripped away by the lack of a sturdy, safe home.

Related: Responding to the Housing Crisis in Haiti

Donate to Provide Housing for the Poor

As you consider the impact of a sturdy new house, remember the Vieux family. Think about their blind grandmother. Consider the needs of their struggling children. You are right to grieve their hardships. They have faced challenges big and small, and for a poor farming family like theirs, the day-to-day trials can become almost too difficult to bear.

The good news is that a sturdy, concrete house – with a real floor and a solid roof – can make a big difference. It can assure that families like theirs have a safe, dry, clean place to live and sleep. A new home also sends a message that they are not alone—that Christ sees their suffering and is reaching out to them through his Church to answer their prayers for safe shelter.

Related: Understanding Poverty in Haiti and How You Can Help 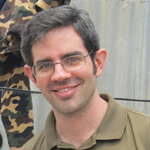 Tony Mator is a senior writer on Cross Catholic Outreach’s Communications team. He has served with the organization since 2008, raising awareness of global poverty, reporting from the mission field, and rallying Catholics in support of major relief and development projects aimed at transforming lives. He lives in Pittsburgh, Pennsylvania, with his wife and four children.

Donations from this campaign will be used to cover any expenditures for housing for needy families incurred through June 30, 2021, the close of our ministry’s fiscal year. In the event that more funds are raised than needed to fully fund the project, the excess funds, if any, will be used to meet the most urgent needs of the ministry.