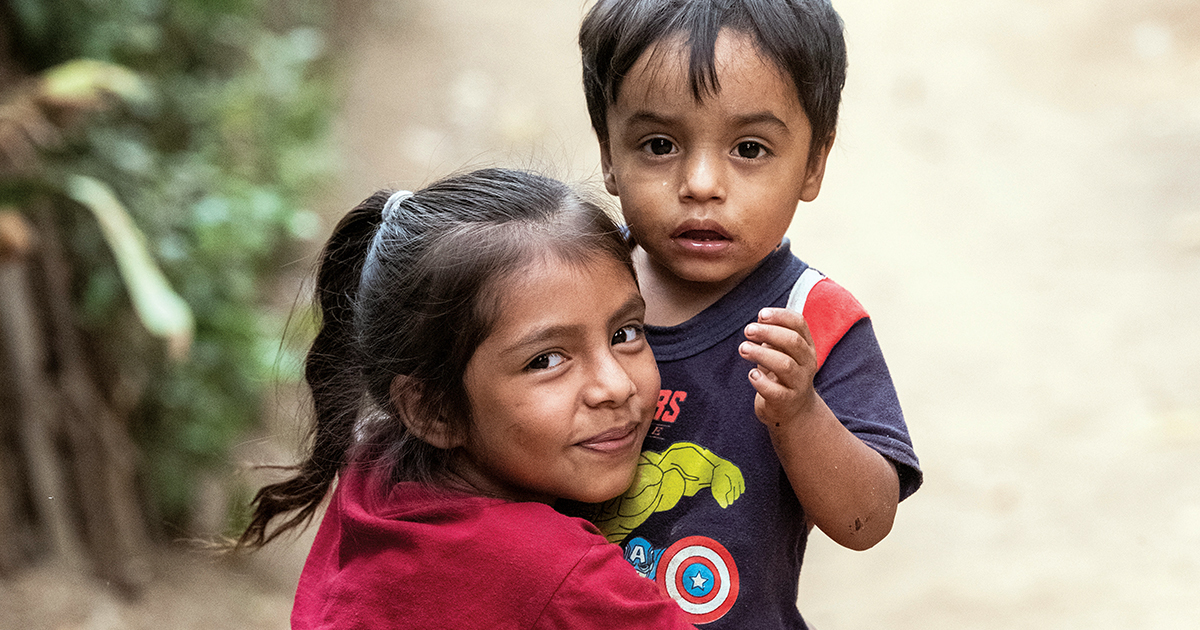 This is the second in our series of blogs where we address general poverty in Latin American countries. Before we commented on Nicaragua; now we will share insights on Guatemala, which has some similarities to Nicaragua, but also some very distinct differences.

Like Nicaragua, the poorest families in Guatemala are concentrated in rural villages, where more than half the people reside. But there, the similarities end. In Guatemala, there is almost double the percentage of people below the poverty line. And yet, the GDP in Guatemala is much higher. In Guatemala, there is much greater disparity between rich and poor, and you see this wealth displayed in the big cities. Guatemala City is full of wealthy boutiques and shopping malls right next to communities that are mired in poverty.

Also, in Guatemala, there is a real landowning crisis you simply don’t find in other countries. Many of the poor farmers in Nicaragua and elsewhere at least have the chance to own their small plot of land. Not so in Guatemala. Much of the land is owned by wealthy individuals or corporations.

Thankfully, Cross Catholic Outreach has many projects in Guatemala and elsewhere in Latin America that address this disparity of wealth, and the poverty that arises as a result.

Root Causes of Poverty in Guatemala

Several factors contribute to keeping Guatemalan families in poverty. Guatemala has an extremely diverse society that is full of different cultures and ethnicities, but this diversity has often been the root cause for many conflicts, like the Guatemalan Civil War that raged from 1960 to 1996.

Another factor that keeps families in poverty involves social and economic inequality. In Guatemala, indigenous people traditionally inhabit the lower economic tiers of society. 79% of indigenous people live in poverty, while 40% of them live in extreme poverty. Eight in 10 indigenous children suffer from chronic malnutrition, while the vast majority of the indigenous population suffers from discrimination and exclusion in Guatemalan society. They are held back by language, educational exclusion, cultural differences and by difficulties that arose as a result of the Guatemalan civil war.

The Guatemalan civil war, which ended in 1996, remains one of the primary reasons for Guatemala’s poverty today. More than 200,000 people were killed during this brutal conflict. Most of them were indigenous, and more than half a million were driven from their homes. Many of the hundreds of thousands of these indigenous people were displaced in the war and have never been able to return to their original homes. Many ended up resettling in other areas of the country, making a new life for themselves, and renting unwanted plots of land.

The result is a human tragedy that drives much of the poverty in Guatemala, and it’s the cultural backdrop that fuels many of our partner’s projects.

Related: Learn more about our plan to reduce material and spiritual poverty in Guatemala — and how you can help!

Donate to Fight Poverty in Guatemala

Although there is significant poverty in urban areas — and there are certainly urban areas that are particularly dangerous — from a statistical point of view, poverty in Guatemala is predominantly rural and extreme poverty is almost exclusively rural. Three quarters of all rural residents fall below the poverty line.

Malnutrition among Guatemalan children is extremely high.  In terms of child growth attainment, Guatemala has an overall stunting rate of 47% of all children under five. Malnutrition is highly correlated with poverty and is much higher among rural and indigenous children than among their urban or non-indigenous counterparts.

In the nation’s remote rural villages, poor families often work as day laborers on local farms and large plantations. They perform backbreaking labor for no more than $1 to $3 a day — but they are grateful to have any work at all. Once the harvest season passes, they will search desperately for odd jobs, washing their neighbors’ laundry or traveling long distances to sell household items in the city.

Other factors that perpetuate the cycle of poverty include a high rate of teen pregnancy, lack of access to quality schools and the separation of families. Many fathers migrate into neighboring towns or countries to search for work, and their households become increasingly divided by the distance. Poverty places an unbearable strain on these families, and many begin to fracture beneath its weight.

Related: Learn more about our work in Latin America

In recent times, the situation has only become more difficult. Just a small portion of the population holds permanent jobs, and unemployment is on the rise. Many households have no access to electricity, sanitation or decent roads, and without intervention, poor rural families are unlikely to see improvement any time soon. Pressing physical needs include:

To create major change, we must begin with the basics. Food and water are two of life’s most fundamental necessities, and without them, more advanced developments in education and income-generation can make little progress. By supporting hunger-relief projects and the installation of clean water systems, we can lay a firm foundation that future generations will be able to build on for years to come.

How Cross Catholic Outreach is Making an Impact in Guatemala

The challenges faced by Guatemala’s poorest families are real and painful — but we have an incredible opportunity to bring relief!  Cross Catholic Outreach currently works with 11 different ministry partners that are striving to address the country’s greatest needs. All are devoted to relieving the burden on struggling families, and with support from our donors, they can make a profound impact on the lives of those in need.

Cross Catholic Outreach helps unite the global Church by linking these trusted ministries with compassionate donors around the world. Your generosity has the power to fuel missions of mercy, equipping them with the resources to address Guatemalan poverty. Working together, these efforts will shine the light of the gospel into seemingly forgotten communities and pave the way for sustainable community transformation!

Related: Learn more about our impact around the world

Poverty in Mozambique: How Catholics Can Bless Poor Children and Families

Together we are transforming the poor and their communities materially and spiritually for the glory of Jesus Christ
Donations from this campaign will be used to cover any expenditures for this project incurred through June 30, 2021, the close of our ministry’s fiscal year. In the event that more funds are raised than needed to fully fund the project, the excess funds, if any, will be used to meet the most urgent needs of the ministry.