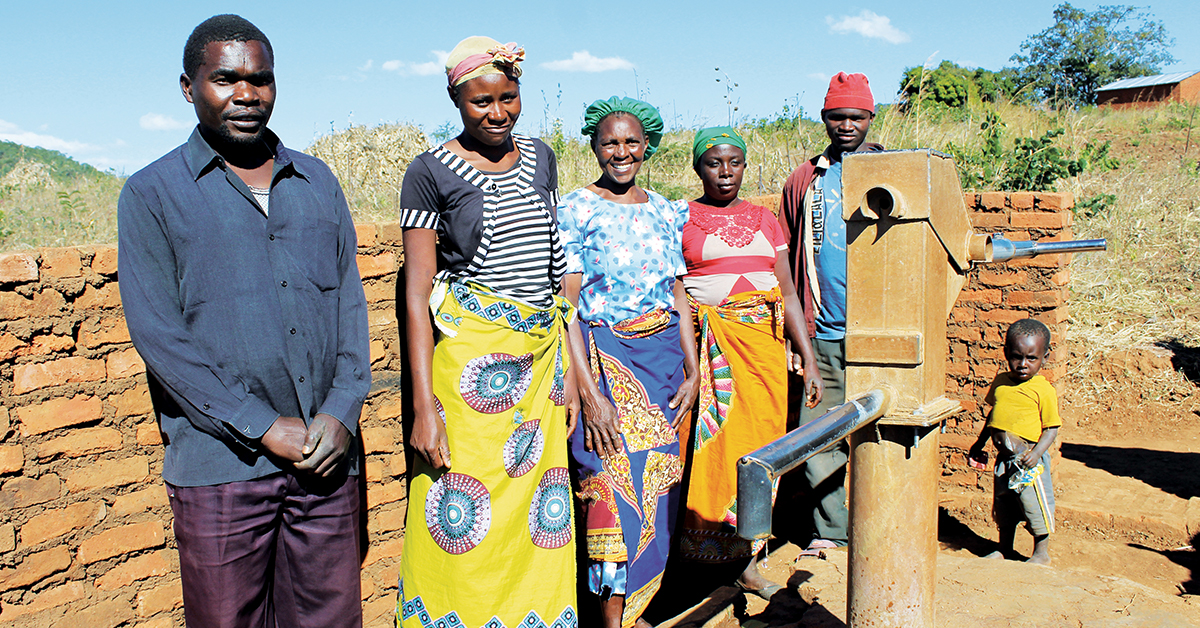 Quenching Thirst in the Diocese of Karonga, Malawi

Malawi, in southeastern Africa, is one of the world’s least developed countries. More than 10 percent of its rural inhabitants lack access to improved water sources. Village wells often do not pump enough clean water — if they are working at all.

Without modern infrastructure, some families may have to walk for an hour to the nearest water source, which might be a shallow stream or a hand-dug hole beside a dry riverbed. Heavy containers of dirty or even parasite-infested water are carried home. As a result, children in remote Malawian villages often go thirsty. When they do drink, they suffer severe diarrhea.

Catholic leaders in Malawi are stepping forward to address these hardships. Cross Catholic Outreach is working to bless families with the safe water they need for survival and to reduce illnesses caused by contaminated water and unhygienic practices. In Malawi’s Chitipa District, our ministry partners with the Diocese of Karonga to equip poor rural villages with materials and training to repair and maintain local wells and practice better hygiene.

For months — or even years — the simple wells that remote villages in Malawi’s Chitipa District relied on for drinking water had been broken or functioning poorly. Faced with this, women walked long distances, sometimes starting as early as 3 a.m., to fetch water from unreliable sources.

In some villages, the situation was so bad that the people had begun drawing water from unprotected holes that were dirty and parasite-infested, putting themselves at risk of illness. Thanks to friends of Cross Catholic, the wells were rebuilt with new pipes and pumping equipment. Clean, refreshing water now pours freely!

One resident, Christina Simkonda, is rejoicing in the blessings of refreshing water. At long last, she can expect good health for her two young children. She also has learned a lot about hygiene and sanitation thanks to the James Village water committee, which oversees the ongoing operation of the village’s newly repaired well.

Christina has learned about handwashing, covering drinking water and boiling water before drinking it. For handwashing, her family has a “tip-tap,” a simple device that allows a jug of water to be tipped forward to create a stream of water. Some committee members received additional training on pump repairs and are certified as Area Pump Menders. “We are happy to have the well repaired,” Christina said. “The water comes easily. It will not stop again.”

Provide Clean Water to Families in Africa and Around the World

The need for safe, reliable water sources is great, not only in Malawi, but in developing nations across the globe. Cross Catholic Outreach supports a number of clean water programs that deliver safe, abundant water to poor communities. Join our efforts to quench thirst, reduce illness and provide access to life’s most basic necessities.

Together we are transforming the poor and their communities materially and spiritually for the glory of Jesus Christ
Donations from this campaign will be used to cover any expenditures for this project incurred through June 30, 2021, the close of our ministry’s fiscal year. In the event that more funds are raised than needed to fully fund the project, the excess funds, if any, will be used to meet the most urgent needs of the ministry.