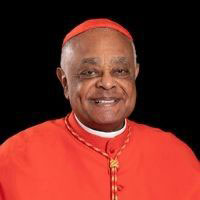 Bishop Ronald W. Gainer, chairman of our board of directors, recently announced that His Eminence Cardinal Wilton Gregory of the Archdiocese of Washington is the new Patron of Cross Catholic Outreach. Bishop Gainer confirmed the news on the Solemnity of Saints Peter and Paul, pointing out that the board unanimously approved Cardinal Gregory’s selection. Cardinal Gregory becomes the ministry’s third Patron, succeeding His Eminence Cardinal Edwin O’Brien, Grand Master Emeritus of the Knights of the Holy Sepulcher, who recently retired. The ministry’s first Patron was His Eminence Cardinal William Keeler of the Archdiocese of Baltimore.