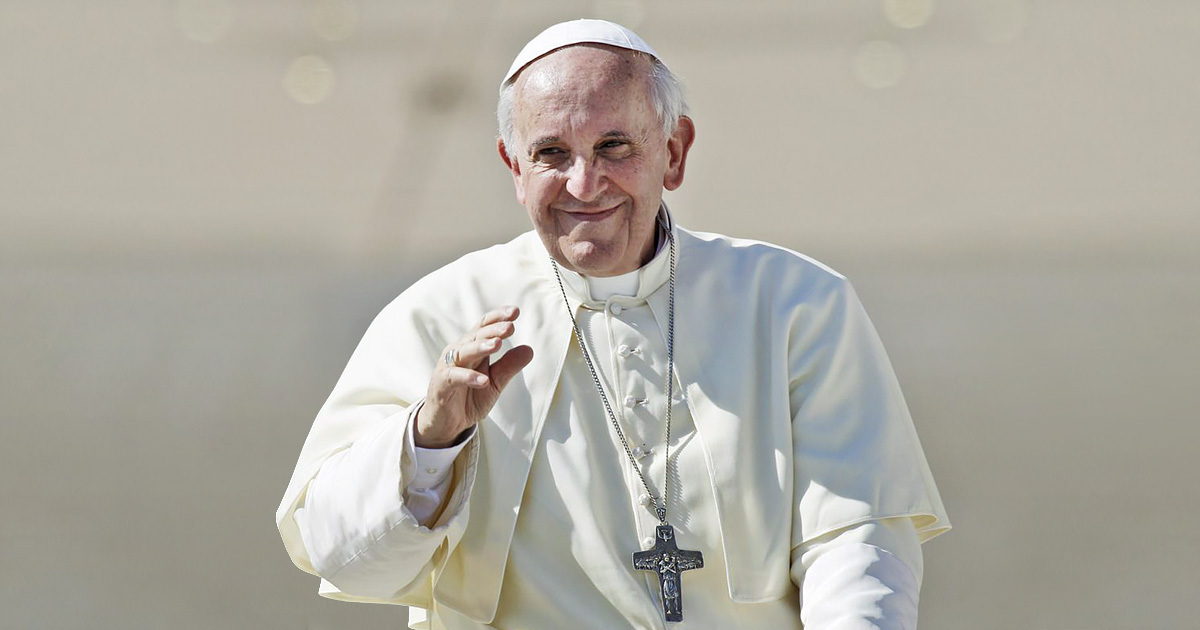 The Pope Gives His Blessing to Cross Catholic Outreach

Are you a supporter of Cross Catholic Outreach’s ministry to bless the poor and their communities for the glory of Jesus Christ?

If so, you can consider yourself officially blessed.

That’s because Pope Francis has imparted an Apostolic Blessing on Cross Catholic Outreach and its benefactors in recognition of the ministry’s 20-year commitment to global relief and development.

What Is an Apostolic Blessing?

The Pope’s Message of Strength and Peace

On the twentieth anniversary of Cross Catholic Outreach, His Holiness Pope Francis sends prayerful good wishes to those engaged in its mission of bearing witness to the Gospel through concrete works of mercy and the promotion of integral human development, particularly in this time of worldwide pandemic, and cordially imparts his Apostolic Blessing as a pledge of strength and peace in the Lord.

The blessing was conferred by Pope Francis and communicated by Monsignor Luigi Roberto Cona, the Holy See’s assessor for General Affairs of the Secretariat of State.

20 Years of Service to the Poor

Cross Catholic Outreach is an official Catholic ministry that partners with bishops, priests, and religious and lay workers, mobilizing the global Catholic Church to transform the poor and their communities materially and spiritually for the glory of Jesus Christ.

In 2001, Cross Catholic Outreach launched its ministry to provide material and spiritual blessings to the poor and marginalized around the world. In the 20 years since, thousands of lives and communities have been transformed in more than 85 countries. Current programs include:

Check out our Project Catalog.

Jim Cavnar, president of Cross Catholic Outreach, said he was humbled to receive Pope Francis’ recognition for the ministry’s works of mercy and promotion of integral human development.

“Six years ago, we were honored to receive formal canonical recognition by Pope Francis, and today we want to express our gratitude to the Holy Father for his Apostolic Blessing honoring our 20th anniversary,” said Cavnar.

Sharing a similar message of gratitude is Monsignor Ted Bertagni, Cross Catholic Outreach’s director of clergy and diocesan relations, an outreach priest and, as commissioned by Pope Francis, a Missionary of Mercy.

“The Holy Father’s Apostolic Blessing on the occasion of our 20th anniversary of service to the poorest of the poor in the world both affirms the Gospel works of mercy we perform and confirms our approach to integral human development. The outreaches we pursue transform the lives of those who look to the Lord for hope and peace. It is truly a blessing to receive this special recognition from Pope Francis.”