Missionaries of Mercy in Rome

In 2016, during the Jubilee Year of Mercy, the Holy Father Pope Francis chose six priests who serve at Cross Catholic Outreach to be among his Missionaries of Mercy. For only the second time since their commissioning, Monsignor Ted Bertagni, Father Dave Caron, O.P., Father John Fischer, Father Bernard Olszewski, Father Tim O’Toole and Father Eloy Romero-Rojas returned to Rome this year to share priestly fraternity with their fellow Missionaries of Mercy in a visit organized by the Pontifical Council for Promoting the New Evangelization.

The highlight of their trip was an audience with Pope Francis, who told them, “Always have the blanket of mercy at hand, to envelop with its warmth all those who approach you to be forgiven. Offer consolation to those who are sad and lonely. Be generous like Ruth, because only in this way will the Lord recognize you as his faithful ministers, never tiring of offering God’s forgiveness for sins.” 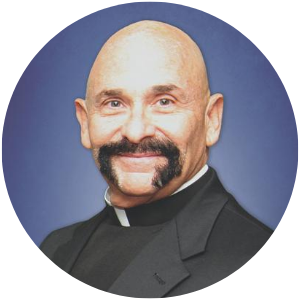