How a New Home Transformed One Guatemalan Mom’s Life

Uplifting a mother and her family after a baby is born is a powerful way to defend the life and dignity of the human person. That’s precisely what Cross Catholic Outreach supporters accomplished when they helped build a new home for Milvia Usleni Escobar and her 2-year-old daughter, Eugenia.

Milvia’s story is just one example of the many lives transformed in Guatemala through safe housing. During the Advent season, Catholic parishes across the U.S. linked arms with Cross Catholic Outreach and other faithful supporters, raising funds to build 107 safe, storm-resistant homes in Guatemala’s Diocese of Santa Rosa de Lima. The results are incredible, with 749 children and adults receiving the gift of a safe, sturdy home — tangible proof of God’s unending mercy and love.

RELATED: Our 2022 Vision to Relieve Poverty in Guatemala

A Guatemalan Mom Blessed With a New Home

The oldest of seven siblings, Milvia grew up in a loving, God-fearing family that was struggling to escape deep poverty. At age 14, she started working to support her family after her father became chronically ill. Her responsibility to her parents and younger brothers meant she had to do all her studying on Saturdays so she could spend the week chopping firewood for sale. This hardship meant her family couldn’t afford to keep up with home repairs, so their cramped living quarters became increasingly unsafe.

At 22, Milvia fell in love, and two years later, she became pregnant with Eugenia. Her world was turned upside down when the man she loved demanded she get an illegal abortion. Thankfully, Milvia chose life, despite knowing the many challenges she would face as a single mother.

Milvia raised Eugenia in her family’s crumbling house, but thanks to friends like you, this mother-daughter duo was recently able to move into a safe, sturdy home. Little Eugenia no longer has to breathe in smoke, thanks to their new clean-air stove; they no longer have to worry about their belongings being ruined by a leaky roof, either. These and many other blessings inspired Milvia to become more deeply involved in liturgical ministries, and she never stops thanking God or urging others to follow Jesus.

LEARN MORE: How Catholics Are Sharing Safe Shelter With the Poor

How Cross Catholic Outreach Is Making a Difference in Santa Rosa

Cross Catholic Outreach is involved in multiple outreaches in the Diocese of Santa Rosa de Lima. Within the past year, our supporters have empowered multiple life-transforming programs:

Get Involved in Transforming Lives in Guatemala

The challenges endured by Santa Rosa’s poorest families appear daunting — but we have a remarkable opportunity to bring them relief! Cross Catholic Outreach’s partnership with Caritas Santa Rosa is addressing poverty for the glory of Jesus Christ. This incredible ministry is devoted to promoting community transformation to relieve the burdens struggling families face, and with the support of friends like you, we can continue to lift up the poor in communities across Guatemala.

Cross Catholic Outreach unites the global Church by linking trusted in-country ministries with compassionate Catholics who want to stand in solidarity with the poor and vulnerable. Your generosity has the power to transform lives for generations to come! 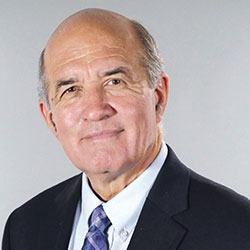 A deeply committed Catholic, Jim Cavnar co-founded Cross Catholic Outreach to follow Christ’s command to care for the poorest of the poor. Jim’s career spans more than four decades in ministry management and leadership. He has traveled around the globe to speak at conferences and parishes, and he has been called upon to minister to church-based humanitarian programs. Representing Cross Catholic Outreach, Jim has traveled to the Vatican on numerous occasions, meeting St. John Paul II, Pope Emeritus Benedict and, most recently, Pope Francis.