While serving the poor in developing countries, the Catholic Church often encounters problems so horrific they are hard to discuss. Human trafficking is one of those issues.

Sadly, human trafficking continues to thrive in the poorest parts of the world. That’s because in impoverished communities, young people who are hungry, isolated and fearful about their future become easy prey for criminals who deceptively promise them a path to a better life.

Once a child is drawn into these lies, the trap is sprung and all pretenses are dropped. At that point, the child becomes little more than a captive commodity to be sold on the streets for the pleasure of sexual predators. Sometimes, they are even sent thousands of miles away, making it almost impossible for them to reunite with their families.

“It’s a heartbreaking situation and one we in the Catholic Church need to address. Fortunately, there are missions we can support that have taken on that mission of mercy. One of the ministries involved in that work is the in the Philippines,” said Jim Cavnar, president of Cross Catholic Outreach, one of the leading Catholic charities working to end poverty in the developing world. “The wonderful sister who leads their mission has developed an incredible outreach to protect and nurture young people who might be susceptible to the human trafficker’s lies.”

A Safe Home for Girls in the Philippines

In addition to offering abused girls a safe home, educational opportunities and counseling services at the Foundation’s center, Sister Marivic also sends out a mobile Child Protection Clinic to reach young people in the community with a program that offers them love, support and hope.

Cavnar continued, “The mobile clinic and Sr. Marivic’s team of roving support staff take a very proactive approach. They aren’t waiting for young people to come to them. They’re bringing a light into the darkness and helping children who may not otherwise have heard the gospel of hope understand their potential in the eyes of God. Their slogan for the program is ‘Building a culture of protection for children’ and they are doing an incredible job.”

Because the Laura Vicuña Foundation operates on a meager budget, Cavnar is doing what he can to empower their ministries through Cross Catholic Outreach, and he says many U.S. Catholics have stepped forward to support the work as well.

“I have been very encouraged to see so many U.S. Catholics involved in this work of mercy — this effort to end the influence human traffickers have on vulnerable children,” he said. “They understand the terrible threat these sexual predators represent, and they want to do everything they can to protect the boys and girls at risk.”

For the dedicated religious sisters running the Foundation, this help couldn’t be coming at a better time, according to Cavnar. Economic downturns increase the suffering of the poor and can push desperate parents and children to consider extreme measures.

“The Church must act now. We need to rise up and show these struggling families and children that there is hope — that there is a better way,” Cavnar said. “If we don’t, more innocent boys and girls will become the prey of these insidious human traffickers, and some will be lost forever to that depraved world of sin.” 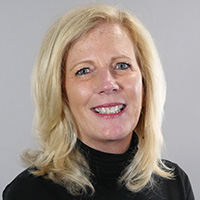