Imagine you are building your dream home. What do you envision? Maybe beautiful granite countertops in the kitchen, a lavish bathroom with a rainfall showerhead, and walk-in closets are among the “must-have” features. It’s likely you would want to agonize over every decision (laminate is cheaper, but you’ll have nothing less than travertine tile in the primary bathroom). After all, your dream home must be perfect.

In countries like Haiti, Mozambique and Nicaragua, the dreams of the poor are far less extravagant, and the expectations of families are far more humble than you might expect. Will their home have a cement foundation? Will it provide a solid roof and louvered windows? Could it have a door with a lock?

In countries like these, the financial difference between our laminate and travertine-tile flooring may be all it costs to build an entire home!

Read on to learn more about what goes into building a new house and how you can share God’s love with the poorest families by providing them a safe home.

What Do Homes in Developing Nations Currently Look Like?

Countries frequently hit by natural disasters or rapid population growth face some unique challenges when it comes to meeting the need for safe housing. Unfortunately, the construction process is very different in developing countries compared with the United States. In the U.S., agencies and city ordinances pressure builders to follow safety standards and building codes, and workers typically have had years of training in how to properly construct a house.

In developing countries like Haiti and Guatemala, families can rarely afford the materials, expertise or labor we take for granted in the U.S.; instead, they scrape by with found materials and often handle a lot of the building process on their own. In rural communities and urban communities, you will often see shelters fashioned from materials like plastic sheeting, scrap metal, dried palm fronds, sticks and even mud. This makes the homes fragile and vulnerable to unpredictable weather. Hurricanes, earthquakes, yearly flooding or even a common tropical storm can destroy their hard work and damage their possessions. These materials don’t provide much in the way of privacy either.

As Americans, we also might expect every house to include plumbing, running water and electricity, but that isn’t the case in developing countries, and the lack of sanitation in these homes can be particularly harmful. Contamination caused by waste can cause communicable diseases to spread like wildfire.

The lack of electricity can also impact a family’s health in unexpected ways. Rather than cooking food in an electric oven, in a microwave or on a traditional stove, the kitchens of the poor often rely on wood or coal fire. And because tropical weather patterns bring unwelcome rain showers, most of these kitchens are found inside homes with inadequate ventilation. This means that smoke from cooking cannot escape, and women and young girls must endure hours of smoke inhalation every day, ultimately leading to significant respiratory problems like lung cancer and COPD. The World Health Organization reported that “household air pollution was responsible for an estimated 3.2 million deaths per year in 2020, including over 237,000 deaths of children under the age of 5.”

What Goes Into a Home Constructed by Cross Catholic Outreach?

At Cross Catholic Outreach, we are dedicated to building quality homes for poor families around the world. While the exact design and materials may vary, all our homes are made with quality materials, a solid foundation and a waterproof roof. This reduces the risk of flooding, wind damage and disease. Our homes also feature locking doors for added security and are designed to be earthquake resistant. This reduces the number of repairs needed and ensures the occupants feel safe, knowing that their home will protect and shelter them. The big benefit of a concrete block home is it has a concrete floor instead of a dirt floor like all the self-constructed homes made from scraps. I think that’s more important than the foundation to a family.

By working with Catholic mission partners already embedded in the communities, we can respond quickly to the housing needs of our brothers and sisters in Christ. The communities we work with are eager and excited to build homes for themselves and their neighbors. It is a blessing to see entire communities come together for the greater good and to lift each other up. At Kobonal Haiti Mission, it takes only five days to build a home.

How Does Durable Housing Influence Other Aspects of Poverty?

Shelter is one of the most basic needs of humans, and it is impossible to focus on much else when you don’t have a safe place to live. A simple but sturdy home dramatically improves the lives of the family who lives there. Families blessed by a safe home experience improved sanitary conditions, better health, increased school attendance, reduced childhood diseases and a restoration of faith. Families who are not constantly draining their savings to repair their homes are able to redirect their money toward other things like starting a small business or buying hardier seeds for next year’s crops. A safe home is one of the most vital factors in breaking the poverty cycle.

How Can I Help?

With your support, Cross Catholic Outreach can continue its work of providing safe homes for poor families in developing countries through our network of compassionate Catholic partners. These ministries are eager to help, but to succeed, they rely on financial support from compassionate friends like you. Your gift enables them to purchase the materials needed for the homes and to cover the help provided by professional builders.

For those who want to provide poor families with shelter from storms and the peace that comes with a secure home, there is no greater gift you could offer than the blessing of a new home. Beyond its incredible practical benefits, the home you help build will also stand as a testament to God’s love for the whole community. This is a wonderful opportunity to help families stuck in a vicious cycle of poverty by offering them hope and a foundation for building a better future.

This Christmas season, help us share the gift of God’s love by uplifting the poor in Christ’s name. For more information about how you can help, click below. 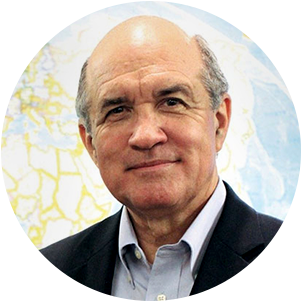