Nigistu Beku’s burden was already heavy: the 74-year-old widow had lost two sons in the Ethiopian Civil War. On top of that, a lack of sanitation made daily life nearly unbearable.

For many years, everyone in Nigistu’s community used a small hole in the ground that drained into the river. The hole smelled and swarmed with flies, and its makeshift walls of iron and plastic would frequently collapse. In the dry season, sewage would not drain properly; in the rainy season, the toilet would turn to mud. In fact, the people would sometimes forgo the toilet entirely and resort to using plastic bags. 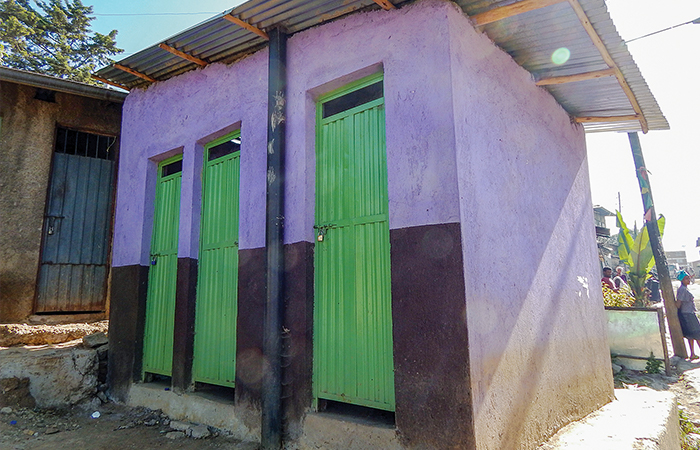 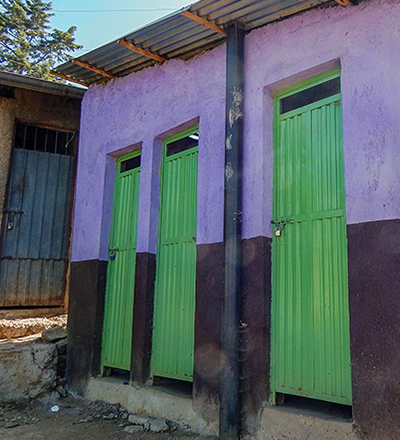 Nigistu expressed great joy and gratitude for this mercy. “Thanks to God, I am getting older day by day – and that is a blessing. But, I could not easily use the previous toilet,” Nigistu said. “I thank God because he helps me a lot through the Brothers of Good Works.

Thanks to your regular help as a Mission Partner, Nigistu and others in Addis Ababa are blessed with things we too often take for granted here in the United States!

Thanks to the Brothers of Good Works, and to YOU, Nigistu has the simple gift of living in more sanitary conditions.