God calls us to carry his love to the ends of the earth and to share his mercy with all, especially those living at the margins of society. This includes the Dominican Republic, a small Caribbean country sharing the island of Hispaniola with its neighbor, Haiti. The poorest Dominican families live hand to mouth in inhumane conditions; but with your support, Cross Catholic Outreach is equipping the Body of Christ to answer the cries of the poor. Through these actions, the most vulnerable Dominican families are having their hopes restored.

The Dominican Republic’s rise from a low- to middle-income country in recent years has been celebrated by many, but that progress hasn’t been felt by all. There are still countless families trapped in crushing poverty. While tourist areas of the country are doing well, hunger and hopelessness continue to hold a suffocating grip on underdeveloped communities tucked away among the mountains, along the dirt roads and around the sugar cane fields. Travel the country, and you will find these pockets of poverty are tragically a common part of the rural landscape.

Read on to learn more about our plan to reduce material and spiritual poverty in the Dominican Republic and how you can help! 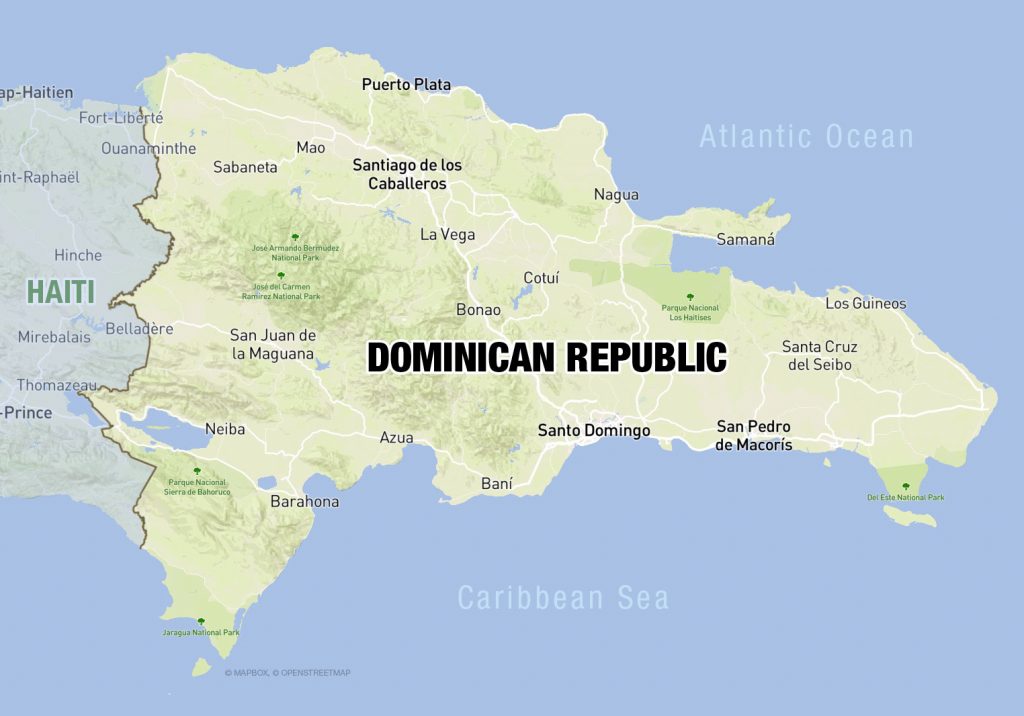 The poorest Dominican families live in makeshift shacks that flood in the rain.

From Disaster to Disaster

Dominican workers in the country’s underdeveloped agriculture sector yearn for a better future for their children, but to see any progress, they must clear incredible hurdles — including nature itself. The country sometimes seems like a magnet for natural disasters. Dominicans are menaced by droughts, earthquakes, floods, hurricanes, landslides, heat waves, tropical storms and tsunamis, and each time one of these disasters strikes, it can set back the gains the poor have made.

Of course, day-to-day life also brings troubles of its own. Nearly 1 in 10 people are undernourished. The poorest families live in wood shacks, lack access to clean water and don’t even have flush toilets. For Haitian immigrants who come to cut sugar cane, the situation feels especially hopeless, as they live at the mercy of harsh employers who exploit their legal status and lack of options.

Local Catholic ministries fighting poverty do not have the funds to meet the vast demand. Your support strengthens their outreach to the poor.

Give Today to Reduce Dominican Poverty

The Church can come alongside struggling communities to help them achieve a better future.

The Answer to Dominican Poverty

Cross Catholic Outreach partners with local Catholic bishops, priests, and religious and lay workers who have the hearts and the knowledge to serve their needy neighbors. Through these partnerships, those in greatest need receive food, water, shelter, medicine, education, economic empowerment and spiritual edification.

Thanks in part to the generosity of Cross Catholic Outreach donors, our partners in the Dominican Republic are responding to the urgent needs of the poor during the COVID pandemic.

Our goal is not only to provide urgent relief but also, when possible, to empower the poor to rise out of poverty and transform their communities. This work is done in the spirit of Christ, revealing his presence in a hurting world and exemplifying the Church’s preferential option for the poor. Your support can change lives!

One of Cross Catholic Outreach’s primary Dominican partners is FUNDASEP, the social outreach of the Catholic Diocese of San Juan de la Maguana. FUNDASEP was founded by Bishop Jose Grullon Estrella with a vision of working hand in hand with the poor and mobilizing them to rise out of poverty.

Known as the “Backpack Bishop” because of his many journeys to the homes of the rural poor, Bishop Estrella is a beloved spiritual leader who has revolutionized the Dominican church’s approach to poverty. Funding from Cross Catholic Outreach has enabled Bishop Estrella and FUNDASEP to profoundly impact thousands of lives. 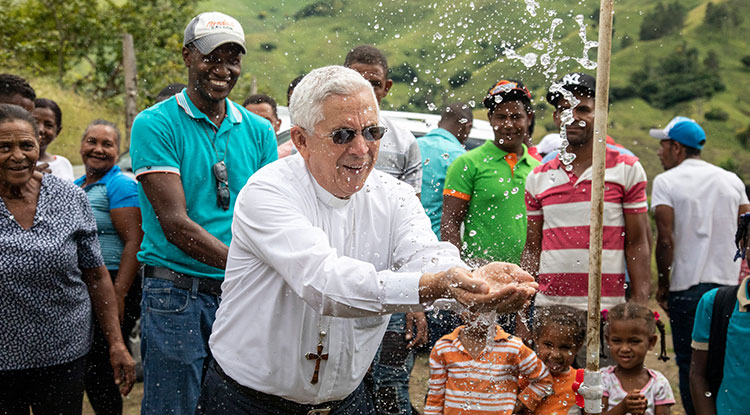 In remote villages throughout the Diocese of San Juan de la Maguana, families who once suffered from drinking dirty water have had their prayers answered! Clean, abundant water, distributed through gravity-fed and solar-powered water systems built by FUNDASEP, now flows from household spigots. These systems filter contaminants and are maintained by trained local water committees. 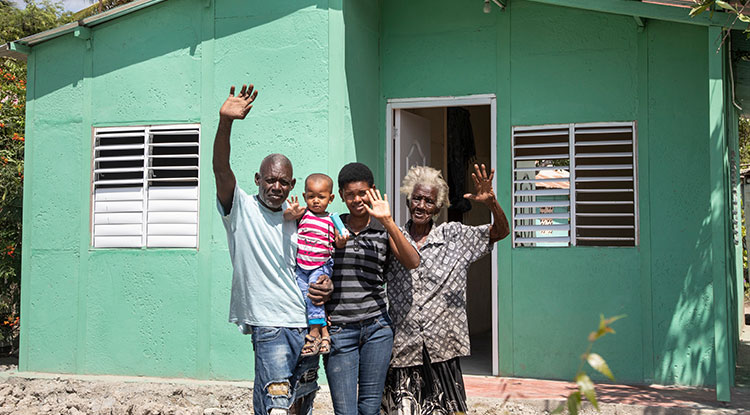 Families that lived in dilapidated shacks now have a safe place to lay their heads and stay dry. FUNDASEP has brought peace and security to many families by providing sturdy new homes constructed from concrete plates and prefabricated aluminum frames. Thanks to these homes, the families have reliable shelter from the rain and protection against earthquakes.

Join the Fight Against Dominican Poverty

Impoverished Dominican children and families need your compassion. Your gift to Cross Catholic Outreach will strengthen the Church in the Dominican Republic in its fight to free the poor from the clutches of spiritual and material poverty.

Join the Fight Against Dominican Poverty

When you support Cross Catholic Outreach’s work in the Dominican Republic, you give hope to vulnerable children and families.

Safe Water Changes Everything in the Dominican Republic

Poverty in the Dominican Republic & How to Help

Hardships and Hazards Faced Due to Natural Disasters in Dominican Republic

Does the Dominican Republic have earthquakes?

Due to its close proximity to the boundary between the Caribbean and North American tectonic plates, the Dominican Republic has about one earthquake each year. The risk of earthquakes makes it especially important that families are able to live in safe, sturdy homes.

Does the Dominican Republic get hit by hurricanes?

The Dominican Republic is a hurricane- and tropical storm-prone country. The good news is that when a storm does hit, it tends to strike less populated areas. In the event of disaster, Cross Catholic Outreach stands ready to work with local ministry partners to rush relief to those who need it.

How wealthy is the Dominican Republic?

The Dominican Republic is considered an upper middle-income country, thanks to rapid economic growth over the past 20 years. This is in large part due to a shift from an agriculture economy to a service sector economy to receive tourists. Cross Catholic Outreach focuses on empowering those — especially farmers — who have benefited little from the new economy as the poorest half of the population receives less than one-fifth of the country’s gross domestic product.

Why can’t you drink the water in the Dominican Republic?

Inadequate water treatment and distribution systems in the Dominican Republic make tap water a gamble for visitors. The situation is far worse, however, in poor rural communities that lack modern infrastructure. Even local Dominicans whose immune systems are accustomed to the contaminants from open streams and shallow wells often get sick. For this reason, Cross Catholic Outreach has helped many Dominican communities install new water systems that deliver clean, abundant water directly to people’s homes.

What are some environmental issues in the Dominican Republic?

Environmental challenges in the Dominican Republic include deforestation, depleted water supply, soil erosion, poor fishing practices and coral reef damage. While Dominican forestland is much healthier than that found in neighboring Haiti (as is easily observable by anyone traveling between the two countries), concern remains about the rate at which forests are being cleared for commercial interests.