Despite being the second poorest country in Central America, Honduras was poised for an economic rebound — then, the COVID-19 pandemic struck. Families that scraped together enough to survive must now pray for their next meal.

Honduras is a land of stark contrasts. Tourists may be familiar with Roatán or the picturesque Bay Islands just off the northern coast, but few visit the mainland. There, you will discover the much harsher reality Honduran families face — including areas mired in extreme poverty and characterized by high unemployment, widespread gang violence, and one of the highest murder rates in the world (CIA World Factbook). 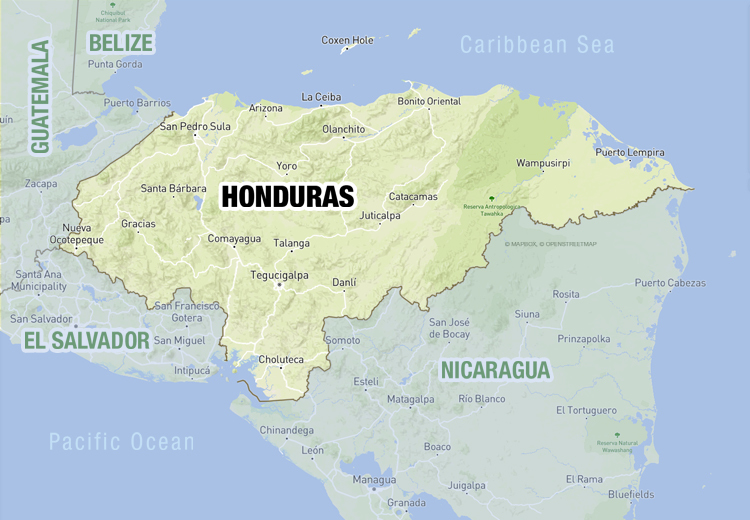 In Honduras, nearly 1 in 10 children under age 5 are underweight (CIA World Factbook).

The Problem: A Hunger Crisis

Trapped in a Cycle of Poverty

Despite these challenges, the Honduran economy was growing steadily — until the COVID-19 pandemic arrived. The country enacted strict lockdowns and curfews to limit disease transmission. With these measures restricting businesses, the export market dried up and tourists disappeared, leaving once-bustling cruise ship terminals barren. Parents that once hoped for a brighter future for their children were forced to soothe their hungry children to sleep, night after night.

Local Catholic ministries fighting childhood malnutrition do not have the funds to meet the growing demand. Your support is a lifeline for children in need.

Together, we can rescue Honduran children on the brink of starvation.

Hope Is in Sight

Cross Catholic Outreach has well-established Catholic ministry partners in Honduras and other developing countries that are prepared to alleviate the pressing problem of chronic childhood malnutrition.

With your help, Cross Catholic Outreach can feed hungry children and families in Honduras and around the world.

As Catholics, we simply cannot ignore the cries of hungry children. Cross Catholic Outreach is committed to restoring these precious little ones back to health while also addressing their families’ physical and spiritual needs. Your support can fill their stomachs and demonstrate God’s love.

When these fragile boys and girls first arrive at Las Mercedes, some are on the brink of starvation — but with therapeutic feeding and medical intervention, many are nursed back to health and experience the love of Christ. Children live at the center and receive specialized medical care, nutritional supplements and hot meals. The government also recently granted Las Mercedes permission to receive malnourished children with disabilities. 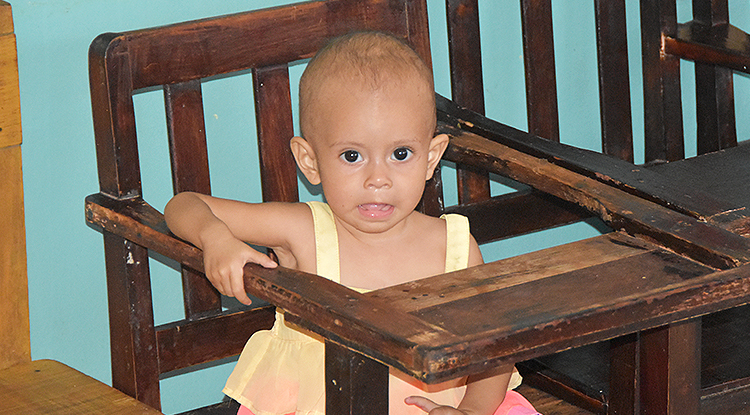 The center acted quickly to protect and heal malnourished children during the COVID-19 pandemic. Caretakers lived at the center — away from their own families — to guard against the virus, and staff delivered food baskets to impoverished families.

Efforts like these are needed in Honduras and other developing countries to prevent more innocent children from falling victim to malnutrition in the wake of the pandemic.

Bless the Poor With Health, Nutrition and God’s Love

Children and families in Honduras need your help. Your gift to Cross Catholic Outreach will nourish their bodies and feed their souls with the love of Christ!

Together, we can defeat hunger and defend vulnerable children for the glory of God!

How will COVID-19 impact global poverty?

The World Bank projects that as many as 100 million people around the world will fall into extreme poverty — defined as living on less than $1.90 per day — due to the impact of the COVID-19 pandemic. This would be the first increase in global extreme poverty since 1998.

According to The Lancet medical journal:

“The COVID-19 pandemic is undermining nutrition across the world, particularly in low-income and middle-income countries. The worst consequences are borne by young children … [T]he global prevalence of child wasting could rise by a shocking 14.3%. With an estimated 47 million children younger than 5 years affected by wasting globally before the COVID-19 pandemic, this would translate to an estimated additional 6.7 million children with wasting during the first 12 months of the pandemic — 80% of them in sub-Saharan Africa and south Asia — and more than 10 000 additional child deaths per month during this same period.”

What do the Church and the Bible say about helping the poor?

The Catechism is clear that we should feed the hungry, give water to the thirsty, clothe the naked and shelter the homeless. “ ‘The Church’s love for the poor … is a part of her constant tradition.’ This love is inspired by the Gospel and the Beatitudes, of the poverty of Jesus, and of his concern for the poor” (Catechism of the Catholic Church, no. 2444).

Sirach 4:3-6 states, “Do not add to the troubles of the desperate, or delay giving to the needy. Do not reject a suppliant in distress, or turn your face away from the poor. Do not avert your eye from the needy ….” In Isaiah 58:7, we are reminded to “share your bread with the hungry, and bring the homeless poor into your house.”

What are the main causes of poverty in Honduras?

In Honduras, widespread violence, high underemployment and the impact of climate change are contributing factors to poverty.

Honduras has one of the highest levels of violent crime in the world, with 41 homicides per 100,000 residents — more than eight times the rate in the United States (Source: The World Bank). The majority of violence is rooted in gang activity and drug trafficking, which adversely impacts the poor by discouraging business development. Additionally, with its agriculturally based economy, Honduras is vulnerable to natural disasters, such as hurricanes, and frequent cycles of heavy rainfall and droughts. These conditions lock many families in the generational cycle of poverty.

How are Catholic ministries helping the poor in Honduras?

Catholic ministries are having a tremendous impact in Honduras. For example, the Las Mercedes parish in El Progreso operates the Las Mercedes Nutrition Center as a social outreach to rescue children from malnutrition. The center also offers health and nutritional information to mothers, supporting lifelong well-being. Catholic ministries have also been a critical source of aid after natural disasters, including a 7.3-magnitude earthquake that struck Honduras in 2009.

Where can I donate to Honduras?

There are many global NGOs and charity organizations working tirelessly to help those in need in Honduras. Some organizations are working specifically for children’s rights and safety, while others work to support whole families.

The Cross Catholic Outreach program seeks to help everyone in Honduras, and the donations of people worldwide are saving lives and providing aide from thousands of miles away. Donations help put food on the table for kids and adults alike, ensuring that children do not suffer from malnutrition.

Cross Catholic Outreach also works in collaboration with local church ministries to provide access to clean water, education, safe homes, medical aid, as well as support and relief in the case of natural disasters. You can donate once or set up a monthly system of donations.

What causes poverty in Honduras?

Much like other countries in Latin America, Honduras faces poverty due to low income, wealth distribution, and political and social instability. The country is the victim of continuous corruption, political conflicts, and violence; the whole situation is further exacerbated by their vulnerability towards natural disasters.

A  military coup in 2009 quickly reversed any improvements in the employment and economic rates of the country, and created an increase in unequal wealth distribution. Most of the wealth is controlled or owned by the richest 10% in the country and ranks sixth in the World Bank index for countries with the highest income inequality. Then of course, there’s the fact that Honduras has one of the highest murder rates in the world and sees extreme violence in all corners.

How much of Honduras is in poverty?

Out of all the Latin American countries, Honduras suffers from the highest level of poverty. The poverty rate falls somewhere around 66% overall. However, in the rural areas of Honduras, every 1 in 5 persons fall beneath the poverty line, barely managing their day-to-day affairs on a mere $1.9 per day.

36.2% of people live in extreme poverty, with 63% of the Honduran population living below the poverty line. The per capita income of Honduras is one of the lowest in the entire region. In recent years, Honduras saw a slight decline in poverty rates, and was looking at a swift economic rebound before the COVID-19 pandemic struck.