Bless the poor with tangible solutions and the power of Christ

We are all created equal in God’s eyes. Yet we live in a world riddled with poverty. This includes the country of Kenya, located in East Africa, where 36.1 percent – or 19.3 million people –  live below the poverty line. With your support, Cross Catholic Outreach is linking arms with Catholic ministry partners in Kenya to serve the suffering poor in their hour of need and provide tangible solutions.

The world is familiar with the horrific news coming out of Kenya over past decade. From 2014 to 2020, a series of droughts, floods and mudslides plagued northern Kenya, leading to famine and economic ruin for millions of people. Thousands more Kenyans lost their lives during the terrible civil unrest in 2017. But God has not abandoned Kenya, and with your generous help, we can lift up Kenyans in the name of our Lord Jesus Christ.

Read on to discover our plans to fight poverty in Kenya — and how you can help! 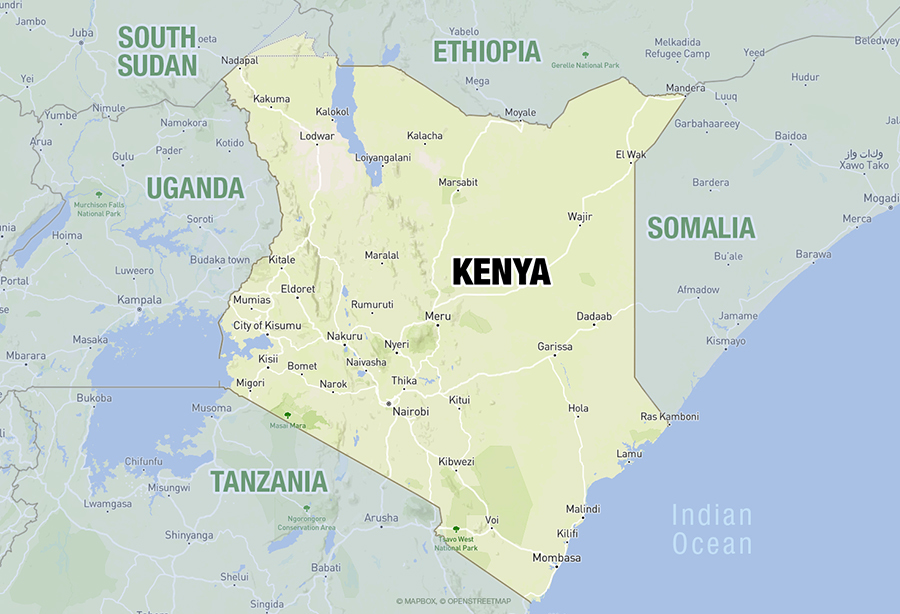 According to the World Bank, Kenya’s population is growing at 1 million per annum. Many of the poorest families settle in Nairobi’s urban slums, which are among the largest in the world.

Kenya is in a position to experience true economic prosperity. It has a young and growing population, and it has considerable natural resources. Unfortunately, its potential remains untapped due to poverty. The causes of poverty in Kenya are varied and complex. Below are the most prominent contributing factors.

Lack of economic diversity. Although Kenya is an agriculture-based economy, there is very little arable land available, and many of the younger people are forced to move to the cities. This has led to a growing housing problem in urban areas.

Lack of education. The needs are tremendous in Kenya for basic services and education. This is one of the reasons why Cross Catholic Outreach works with ministries and churches that serve the poor in Kenya.

A nation of children and adolescents. Three in five Kenyans are between 15 and 35 years old, which means the workforce is imbalanced. Also, almost three-quarters of this young population lives in rural settings, where jobs are scarce.

Government corruption. Kenya’s government is one of the most corrupt in the world. Impoverished people are unable to propel themselves upwards in society if their government is not working for them. The most recent administration has promised a crackdown on corruption, but so far there has been little progress.

Climate instability. Over the past decade, Kenya has suffered three major famines. These disasters were especially hard-hitting in rural areas, where families struggled to feed themselves and keep their income-generating animals alive. The most recent drought in 2019 was the most severe in the last three decades.

High levels of unemployment. On the plus side, Kenya has one of the highest literacy rates in Africa. On the downside, this influx of literate Kenyans into the job market has led to a sharp rise in unemployment. This sad situation contributes to idleness among the youth and exacerbates the cycle of poverty.

Give Today to Help Kenya's Poor

The Kenyan economy has simply been unable to expand fast enough, which leads to high unemployment and idleness among the youth.

The Answer to Kenyan Poverty

Cross Catholic Outreach partners with local Catholic bishops, priests, sisters and lay workers who have the heart and knowledge to serve their needy neighbors. We currently work with seven partners in Kenya, and approximately $750,000 will cover the operating costs for all the projects we support.

“Father Joy.” That’s what Father Lewis Papera calls Fr. Fabian Hevi — a humble servant of God who brings Living Water to Kenya’s poor and remote villages. With your support, we can provide safe, clean water for thousands of villagers and forever transform their lives.

Please consider supporting our Catholic brothers and sisters in Kenya, including the following worthy ministries.

Support Our Work in Kenya

Our Partners in Defeating Poverty

This water project in southern Kenya will install six water systems in urban communities that are suffering from dehydration and repeated bouts of waterborne illness. By providing wells for six villages, we can bring clean water to more than 38,000 people that will solve other problems for them as well. For example, Mwala and Kitise have four primary schools and four secondary schools. With a reliable water source, these schools will be able to stay open and provide uninterrupted education for more than 3,000 students!

Though illegal in Kenya, female genital mutilation (FGM) is a rite-of-passage for many young girls in Maasai society, preparing them to receive a dowry in exchange for marriage to a much older man. In response, the Marie Adelaide Girls Rescue Center rescues girls before FGM can take place, and provides them with shelter, food, counseling and the opportunity to attend a local school. With your help, we can rescue young girls and give them an opportunity for a better future!

Father Francis has made it his life mission to rescue orphans and poor street children in Meru County, Kenya. At St. Francis and St. Clare Homes, he provides shelter, food, education and Catholic spiritual formation to children who have no one else to care for them. Will you help Fr. Francis put orphans and vulnerable children on the path to a brighter future? Your support will change the life of a child in need!

Support Our Work in Kenya

Help fight poverty in Kenya. With your generous help, we can lift up the material and spiritual wellbeing of its people in the name of our Lord Jesus Christ.

Join the Fight Against Kenyan Poverty

Your support can create a better future for Kenya’s children.

Water for Life in Southern Kenya

What are the causes of poverty in Kenya?

Poverty in Kenya is fueled by a diversity of factors: rapid population growth, lack of economic diversity, lack of education, droughts and climate instability, government corruption and high levels of unemployment. Although Kenya has one of the highest literacy rates in Africa, this influx of educated Kenyans has led to a glut of qualified candidates in the job market. It is estimated that approximately 30,000 Kenyan graduates hit the job market each year. Sadly, the Kenyan economy is simply unable to expand fast enough, which leads to very high unemployment – estimated to be above 40%. This sad situation has exacerbated the cycle of poverty and misery.

Is Kenya a low-income country?

Since 2014, Kenya has been ranked as a lower middle-income country because its per capita GDP crossed a World Bank threshold. While Kenya has a growing entrepreneurial middle class and steady growth, its economic development has been impaired by weak governance and corruption. Although reliable numbers are hard to find, unemployment and under-employment are extremely high and could be near 40% of the population.

What is the Kenya population below the poverty line?

Kenya has a population of 53.5 million, 36.1% of whom live below the poverty line. Certain qualities that those living in the United States consider basic, such as healthcare, education, clean water, and sanitation, are luxuries for many living in Kenya.