Pope Francis shocked us all again last week, when he said in an interview that he may one day abdicate the papacy just like his predecessor, Benedict XVI. Remember our shock when Pope Benedict announced his abdication in 2013? Turns out, it may have been the start of a trend. In fact, Pope Francis said as much:

“Pope Benedict has made a very significant act. He has opened the door, has created an institution, that of the eventual popes emeritus. 70 years ago, there were no emeritus bishops. Today how many are there? Well, as we live longer, we arrive to an age where we cannot go on with things. I will do the same as him, asking the Lord to enlighten me when the time comes and that he tell me what I have to do, and he will tell me for sure.” 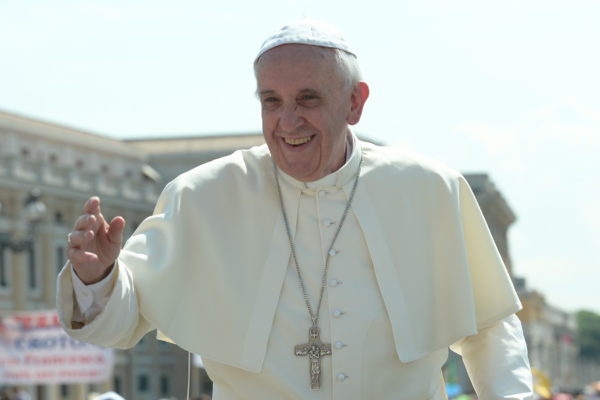 Is it possible Pope Francis may abdicate one day?

Notice the Holy Father’s use of the plural (“eventual popes emeritus”) could possibly point to the idea of more than one former pope being alive at the same time. As much as I love Pope Francis and never want him to step down without good cause — if our Holy Father ever felt the call to abdicate the papacy, I have to believe it would be good for the Church.

For centuries, the Pope served as a kind of monarch. But Benedict XVI reminded us that the Pope is merely a man, prone to illness and frailty — just like us. And as his successor, Pope Francis, is teaching us that having a humble man as Christ’s representative on Earth is a wonderful thing. It puts the mission of the Church ahead of the role of any individual man. It reminds us that fallen men — not supermen —carry out our Lord’s mission and spread the word of God.