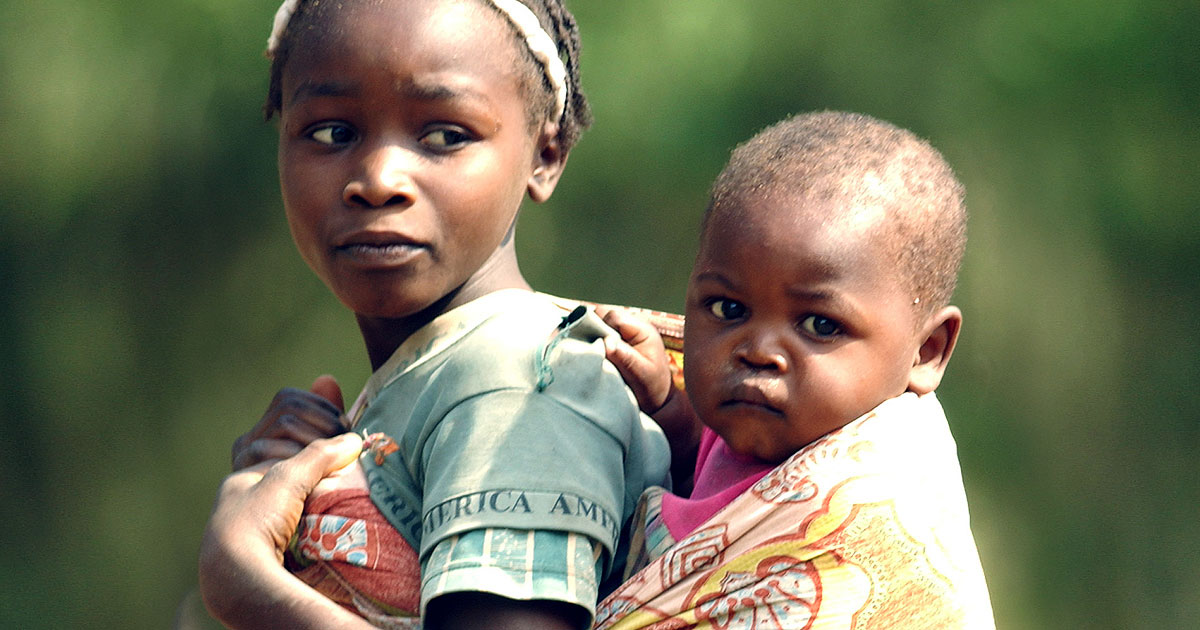 International Day for the Eradication of Poverty 2019

On October 17, the world turns its attention to the plight of the poor. This International Day for the Eradication of Poverty was started by a Catholic priest in 1987 with the intention of bringing greater awareness of the hardships faced by hundreds of millions of impoverished people across the globe.

The theme for 2019: Acting Together to Empower Children, their Families and Communities to End Poverty.

Cross Catholic Outreach invites you to observe this special date not only by considering the extreme challenges faced by impoverished children, their families and communities, but also by responding to the spiritual needs of the poor by supporting Catholic formation.

Supplying food to Catholic feeding centers is one example of how compassionate Christians have helped to alleviate the suffering of the poor. For many impoverished families, the simple gift of food supplied by Catholic missions is an answer to prayer. Without the meals provided by our mission partners, many children around the world might not eat today.

For nearly two decades, our ministry has provided life-changing humanitarian aid to those suffering under extreme poverty through a powerful network of dedicated priests, religious sisters and Catholic ministries throughout the world. Empowering these missions has allowed Cross Catholic Outreach to deliver food, shelter, medical care, water, education, self-help programs, care for orphans, and emergency relief to the poorest of the poor – all in the name of Jesus Christ.

What is the International Day for the Eradication of Poverty?

The International Day for the Eradication of Poverty is an international observance celebrated worldwide on October 17 to educate the public in the fight against global poverty. The day originated with lifelong human rights champion Father Joseph Wresinski in Paris in 1987.

Since its inception, the day has become a powerful advocacy tool, increasing public awareness in the plight of the poor and celebrating their innate human dignity. The United Nations officially recognized the day in 1992, and it encourages participation in its objectives to bring attention to poor and the daily obstacles they face.

On October 17, 1987, Fr. Wresinski and 100,000 human rights activists descended on the Human Rights Plaza in Paris to call attention to extreme poverty. There, Fr. Wresinski stressed the rights and human dignity of impoverished people everywhere and called on mankind to refuse extreme poverty in all its forms.

Fr. Wresinski left a commemorative stone in the plaza with the following invitation:

Wherever men and women are condemned to live in extreme poverty, human rights are violated.

To come together to ensure that these rights be respected is our solemn duty.

In 1992, nearly five years after Fr. Wresinski’s death, the General Assembly of the United Nations declared October 17 as the International Day for the Eradication of Poverty. Global participation has increased consistently in every year since its inception.

How Cross Catholic Outreach Fights Poverty across the Globe

Cross Catholic Outreach is an official Catholic ministry serving the poorest of the poor through a global network of Catholic-led aid partners. We bless and empower impoverished people and their communities through grants and resources that both address immediate, urgent needs and pursue long-term strategies to increase self-sufficiency.

One of the best ways to break the cycle of poverty and promote self-sufficiency is through education. Because many impoverished people around the world lack access to educational opportunities, Cross Catholic Outreach works with Catholic Dioceses to address this shortcoming. For example, we have partnered with Father Raúl Monterroso of the Diocese of Santa Rosa de Lima to tackle the area’s academic challenges with the construction of a 200-student-capacity, 14-classroom school.

The Immaculate Heart of Mary Catholic School will be the first multipurpose Catholic school campus and evangelization center in the area. As such, it will serve as a critical pillar for the Catholic education and formation of Santa Rosa’s children. In all that we do, Cross Catholic Outreach remains focused on the Lord and advancing Catholic evangelization. More than 95% of all donations made to Cross go to valuable program services. We serve the poor with humility, fervor, and the love of Christ.

Approximately 700 million people across the world still live in poverty. There is no better time to learn more about this issue and become involved in providing relief than the International Day for the Eradication of Poverty.  Please – use this opportunity to join Cross Catholic Outreach in serving the poor.

Through contributions from our faithful donors, Cross Catholic Outreach can reach more impoverished people across the globe, transforming lives and communities materially and spiritually.